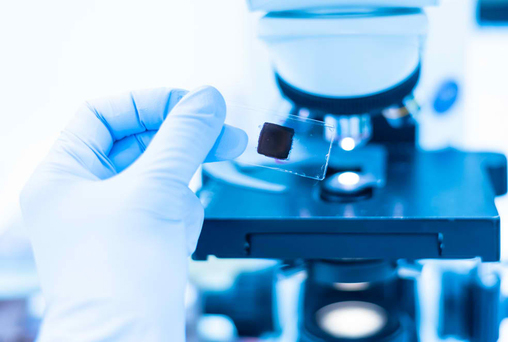 Washington, D.C., October 2, 2018 — The National Defense Information Sharing and Analysis Center™ (National Defense ISAC™ or NDISAC™) today announced that they are a Champion of National Cybersecurity Awareness Month (NCSAM) 2018. NDISAC will be joining a growing global effort among businesses, government agencies, colleges and universities, associations, nonprofit organizations and individuals to promote the awareness of online safety and privacy.

A multi-layered and far-reaching campaign held annually in October, NCSAM was created as a collaborative effort between government and industry to ensure all digital citizens have the resources needed to stay safer and more secure online while also protecting their personal information. As an official Champion, NDISAC recognizes their commitment to cybersecurity, online safety and privacy.

As part of NCSAM efforts, NDISAC will be promoting NCSAM to member companies. NDISAC working groups will be meeting and discussing several of the NCSAM weekly themes, with a heavy emphasis on the week 4 theme: Safeguarding the Nation’s Critical Infrastructure. NDISAC working groups are currently producing case studies, tools, best practices, threat information, and mitigation techniques for the national defense sector.

“The Champion program continues to be a such a strong foundation for National Cyber Security Awareness Month’s ongoing and impactful success. In 2017, 1,050 organizations enlisted to support the month ­– a 21-percent increase from the previous year,” said Russ Schrader, NCSA’s executive director. “We are thankful to our 2018 Champion organizations for their support and commitment to our shared responsibility of promoting cybersecurity, online safety awareness and the opportunity to protect our privacy.”

Co-founded and led by the National Cyber Security Alliance (NCSA) and the U.S. Department of Homeland Security (DHS), NCSAM has grown exponentially since its inception, reaching consumers, small and medium-sized businesses, corporations, government entities, the military, educational institutions and young people nationally and internationally. NCSAM 2017 was an unprecedented success, generating 4,316 news stories – an increase of 68 percent in comparison to NCSAM 2016’s media coverage. Kicking off its 15th year, NCSAM 2018 presents an unparalleled opportunity to leverage the month’s tremendous adoption growth over the last several years and expand cybersecurity and privacy education and awareness globally.

Joining the NDISAC is one of the best ways organizations can protect themselves and their employees against cyber and physical threats and vulnerabilities while taking an active stance in safeguarding our nation’s critical infrastructure. So this October, fill out an NDISAC membership inquiry to learn how you can join the NDISAC.

For more information about NCSAM 2018, the Champion program and how to participate in a wide variety of activities, visit staysafeonline.org/ncsam. You can also follow and use the official NCSAM hashtag #CyberAware on social media throughout the month.

About National Defense ISAC
NDISAC is the national defense sector’s non-profit organization formed to enhance the security and resiliency of the defense industry and its strategic partners. NDISAC provides defense sector stakeholders a community and forum for sharing cyber and physical security threat information, best practices and mitigation strategies and is developed to serve as the Defense Industrial Base (DIB) Sector’s critical infrastructure protection operational coordination mechanism. Formerly known as the DIB-ISAO, the NDISAC is the umbrella organization for the Defense Security Information Exchange (DSIE). NDISAC is recognized nationally within the US as the ISAC for the nation’s defense industry critical infrastructure sector by the Defense Industry Sector Coordinating Council, the US Department of Homeland Security, the FBI, and the National Council of ISACs. For more information, visit www.ndisac.org.

About National Cybersecurity Awareness Month
NCSAM is designed to engage and educate public- and private-sector partners through events and initiatives with the goal of raising awareness about cybersecurity in order to increase the resiliency of the nation in the event of a cyber incident. Since the Presidential proclamation establishing NCSAM in 2004, the initiative has been formally recognized by Congress, federal, state and local governments and leaders from industry and academia. This united effort is necessary to maintain a cyberspace that is safer and more resilient and remains a source of tremendous opportunity and growth for years to come. For more information, visit staysafeonline.org/ncsam or dhs.gov/national-cyber-security-awareness-month.